Safe City  implements security solutions in Ukrainian communities. These provide video footage of vehicles and pedestrians on the streets, and allow monitoring and management of utility services, police, and DSNC in cities. The Safe City project includes a set of architectural solutions, hardware, software, communication channels, server equipment, a monitoring center, and/or a single decision-making headquarters. We proposed cooperating with representatives of local government to implement a number of measures that will help ensure peace and security for Ukrainian communities.

Solutions in the Safe city project

We provide internet access to implement the Safe City project throughout Ukraine. Our specialists design, implement, and service the project. We offer help with the necessary hardware and software solutions for each individual village, prepare project documentation, implement construction of a network, operate the monitoring center, and offer installation of surveillance cameras.

To learn more about the components and stages of project implementation, you can download the presentation.

Want to learn more about the project 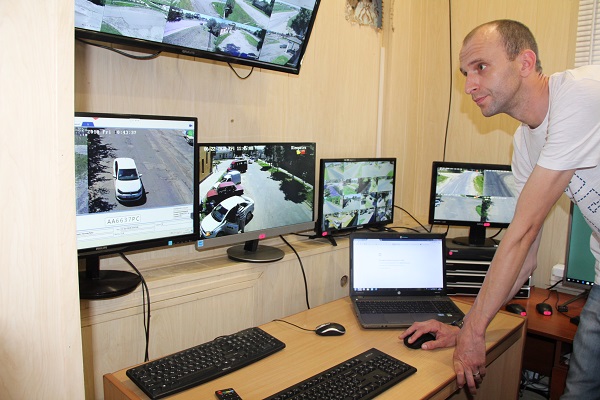 In the Poltava region, a surveillance system was implemented to monitor the streets and highways. In June 2017, 46 cameras were mounted in key locations along Hadiach district’s transport routes. Information from this system is transmitted to the control center’s rapid response team.

And the Safe City project is actively evolving all the time. In early 2018, the project was improved by adding an intelligent data processing system. This resulted in a single database for processing and analyzing information for flexible and rapid response to incidents.

Now, the system automatically archives all vehicle numbers collected; it’s also able to look for objects in particular sizes and colors, as well as to recognize faces. This led to a reduction in the number of crimes and offences on the roads, and an increase in the number of cases solved during the year. The intelligent surveillance system has become one of the main elements of search operations.

In addition to the Safe City project, Datagroup is a reliable partner in the implementation of the E-medicine project. Thanks to satellite technology, we also provide internet for educational institutions and hospitals in remote locations, as well as providing internet access in locations where it’s not technically feasible any other way.